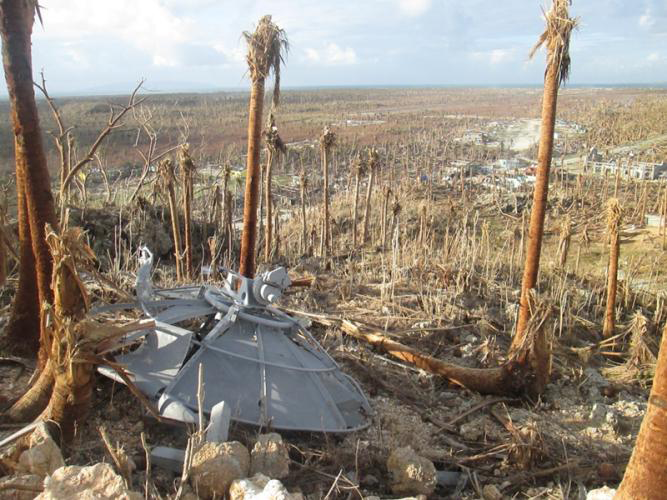 A tropical cyclone, or PWS, is a powerful storm with winds exceeding 70 mph. It may cause light to moderate damage to buildings, unroofing galvanized iron homes, and more. A PWS alerts the public at least 36 hours before a major storm arrives, and the public is encouraged to prepare accordingly. By following the steps outlined below, residents can protect their lives and homes, and prevent more damage.

A hurricane’s public storm warning signal is issued for land areas that are expected to experience sustained wind speeds of more than 100 knots. The wind warning is issued a few hours before the eyewall of the storm begins to produce the strongest winds. This warning signal is typically only valid for two hours. The winds can be dangerous in any part of the country, from coastal areas to the most rural areas.

PAGASA has issued a Public Storm Warning Signal for Northern and Western Luzon. It is a risky time to travel and people are urged to seek shelter in strong buildings. They are also advised to avoid low-lying areas, riverbanks, and coastal areas. During the gale warning, the weather in Metro Manila should improve, but isolated thunderstorms and rain will likely occur in the afternoon.

The public storm warning signal is an important warning system for upcoming weather disturbances. It alerts residents to prepare for the storm, which is usually 36 hours before its arrival. When a storm is this close to land, the Public Storm Warning Signal may be upgraded to PSWS #2, PSWS #3, PSWS #4, and PSWS #5. While this is still an early warning, the additional time will help people avoid potentially dangerous conditions.

A PSWS Number one signal indicates an impending storm and the potential for moderate to heavy damage. This signal means that low-lying areas are advised to evacuate, and schools and businesses are recommended to cancel outdoor activities. Though light to moderate damage is expected, the storm can still cause a lot of disruption and damage. If you are in an area affected by a storm, be sure to contact your local disaster preparedness agency to plan your activities.

It may be downgraded

A public storm warning signal is a weather alert that is based on the likelihood of an impending storm or hurricane. They are released by metrological departments and are assigned to specific regions based on different factors. Throughout the forecasting cycle, the storm or hurricane warning signal may be upgraded or downgraded. The signal will tell the public to expect moderate to severe damage, evacuation of low-lying areas, and widespread disruption of communication and electrical systems. Some schools may even suspend classes and other activities until the storm passes.

During the forecasting phase, the storm is in the early stages of development. However, if this happens, it may affect coastal communities on the east and west coasts of the U.S. The maximum sustained wind speed of Rai (120 kmph) will increase in the late afternoon on December 16. The Philippine Atmospheric, Geophysical, and Astronomical Services Administration issued a bulletin saying that Odette is now a typhoon. However, it is still possible for the storm to weaken and even go away without affecting coastal areas.

It is a warning signal

A Public Storm Warning Signal #1 signals 36 hours before the expected arrival of a tropical cyclone. This signal will also indicate the intensity of wind, rainfall, and storm surge. For example, 30-60 kph winds are expected within 36 hours. Winds can reach a height of up to four meters and some homes are made of light materials and may not have roofs. This public storm warning is a good way to prepare for a storm that could impact Washington State.

It is issued by PAGASA

A Public Storm Warning Signal is a signal issued by the Philippine Atmospheric, Geophysical and Astronomical Services Administration (PAGASA) in case of an approaching tropical cyclone. The warning signals indicate the intensity of the storm, its expected path, and the speed of wind. The signs can be obtained from Project NOAH and the PAGASA websites. For more information on storm warning signals, visit their websites.

The weather service issues a public storm warning signal when a tropical cyclone reaches its area of responsibility (PAR). Its intensity increases if it is near the landmass, a point where tropical cyclones tend to make landfall. PAGASA issued Public Storm Warning Signal #1 on February 13, 2013. It was accompanied by an auxiliary bulletin covering other parts of the country, such as Central Visayas, Southern Luzon, and Mindanao.